O Is For Orion

The stars have always intriqued me, even though I've not studied them at all. I know The Big Dipper: as a child I would lay in the field at night and connect the stars like playing Connect The Dots.

But Orion was never in my awareness. When it finally came to my mental existence, it was only superficial knowledge: a constellation.

What I find interesting is how history and myth have been combined and maybe somewhat confused as the same in the name and use of constellations.

According to Wikipedia, the earliest depiction that has been linked to the constellation of Orion is a prehistoric (Aurignacian) mammoth ivory carving found in a cave in the Ach valley in Germany in 1979. Archaeologists have estimated it to have been fashioned approximately 32,000 to 38,000 years ago.  The distinctive pattern of Orion has been recognized in numerous cultures around the world, and many myths have been associated with it.

The Ojibwa (Chippewa) Native Americans call this constellation Kabibona'kan, the Winter Maker, as its presence in the night sky heralds winter.

To the Lakota Native Americans, Tayamnicankhu (Orion’s Belt) is the spine of a bison. The great rectangle of Orion are the bison's ribs; the Pleiades star cluster in nearby Taurus is the bison’s head; and Sirius in Canis Major, known as Tayamnisinte, is its tail.

In the Northen Hemisphere, Orion is most visible in the evening sky from January to March, in winter.  May–July, Orion is not visible due to the daytime sky.

I don't know yet what importance this focus on Orion is. The word has been floating in my head for a while, popping in at odd times. When this happens, it's usually a prompt or an urging from the universe, or maybe from the stars themselves, to find out why - to get to know it better. There's usually a message in it for me, and something more that I may learn about myself.

There's more to the stars than just their appearance.

Orion as can be seen by the naked eye
by Wikipedia 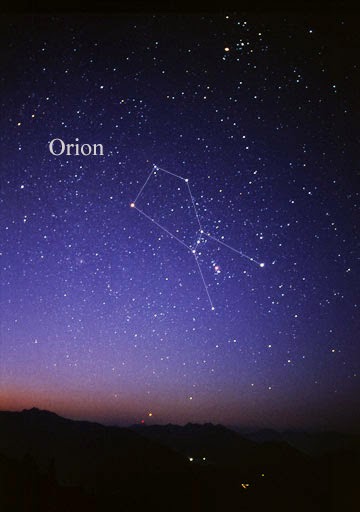 Orion with the major stars labeled, also via Wikipedia 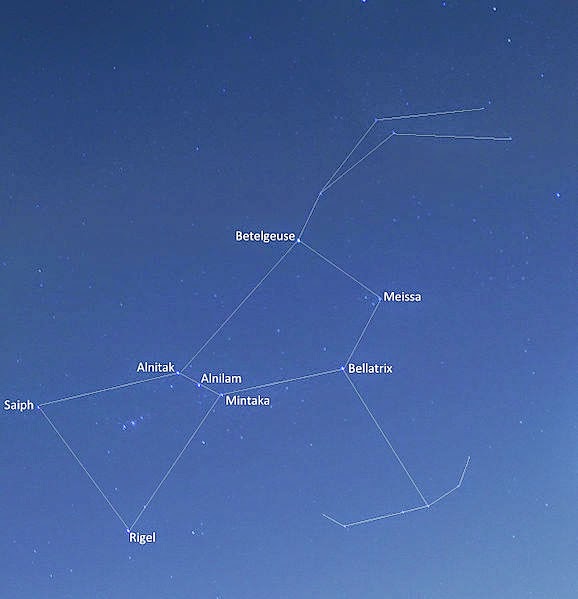 And Bear is thinking about Ursa Major. 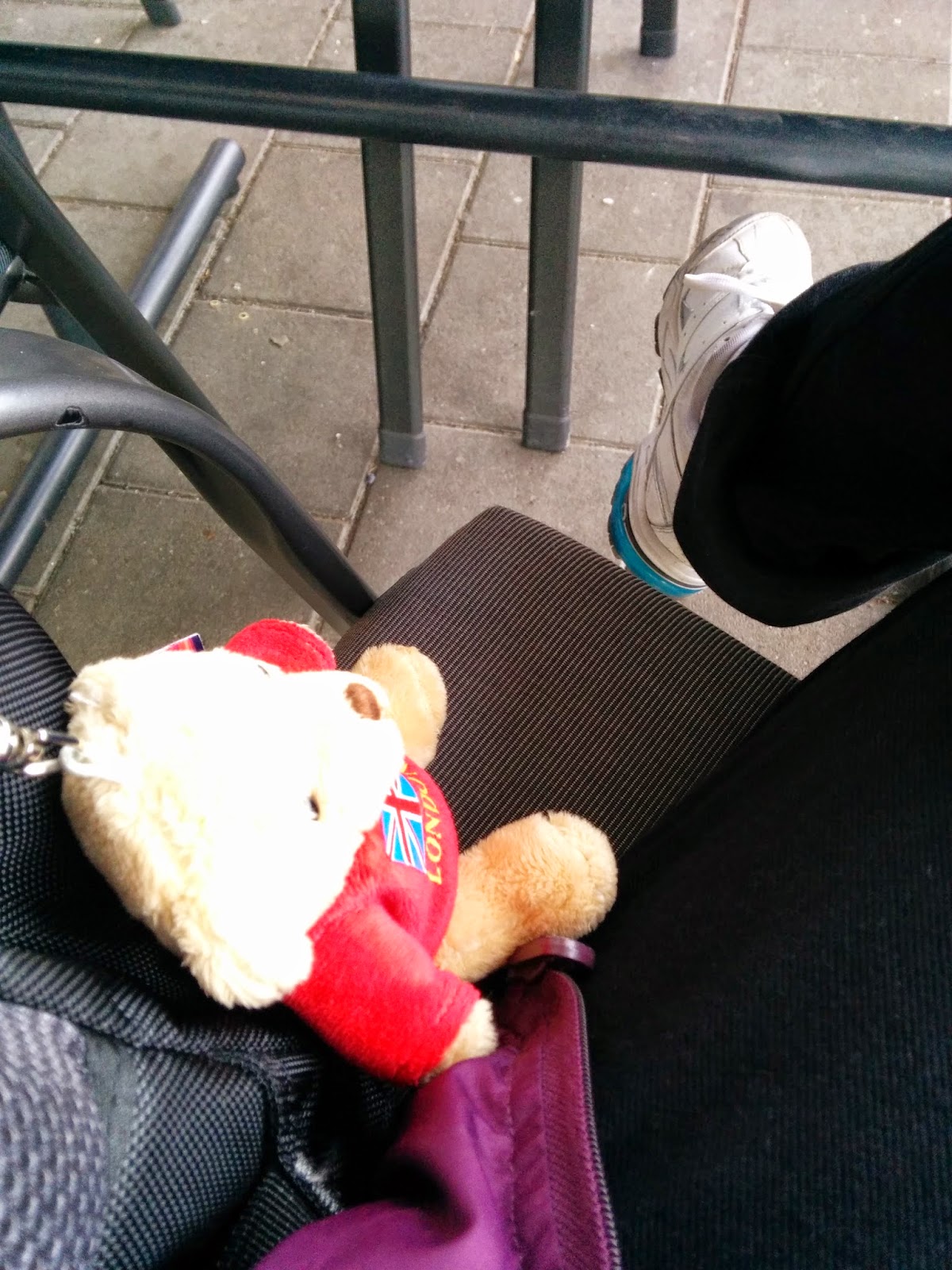